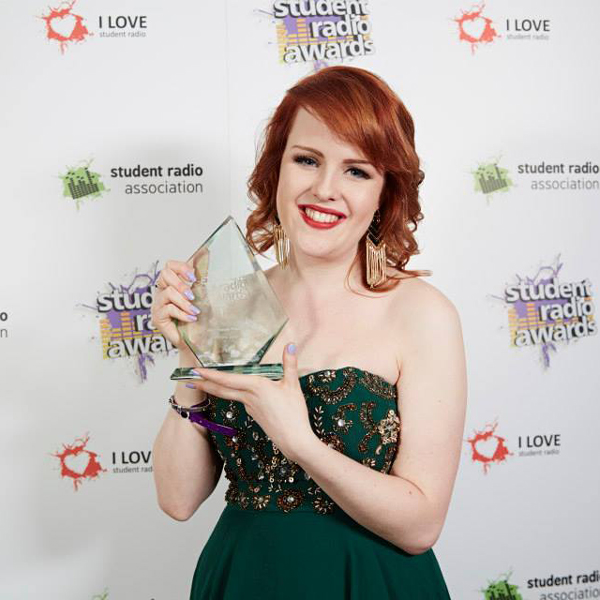 Emma’s flair for radio truly began when she joined Nottingham Trent University’s student radio station Fly FM. Within 6 months she had already been successfully elected as Deputy Station Manager, making her an integral part of the team which guided the station to 5 Gold Student Radio Award wins – their most successful year to date.

At the 2013 Student Radio Awards she beat off competition from across the country to win Best Female Presenter, doing this despite having only presented for 18 months. Her reputation was further enhanced when she presented several cover shows on National DAB station The Hits Radio.

Emma currently presents a primetime drive show on Vibe 107.6 while also working as a Travel Broadcaster for Inrix. She can be heard reading on-air bulletins across stations such as Talksport, Smooth Radio, and numerous BBC Stations.